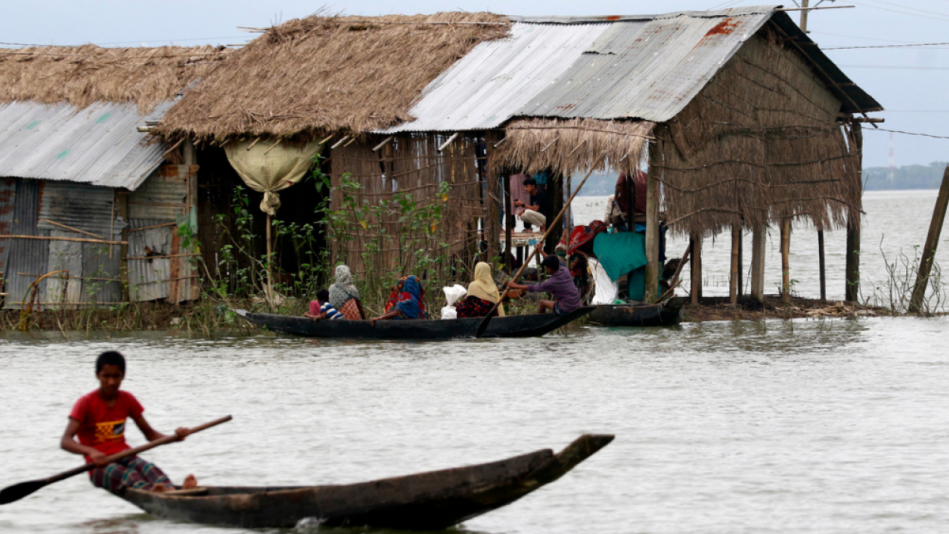 The concept of human-induced climate change originated from the scientific community based on the periodic assessment reports from the Intergovernmental Panel on Climate Change (IPCC), which was then picked up by policymakers at global levels. The United Nations Framework Convention on Climate Change (UNFCCC) was set up as a global treaty under which countries pledged to tackle climate change, initially by reducing emissions of greenhouse gases (GHGs) and then by adapting to the inevitable and unavoidable adverse impacts that were predicted to occur over time.

Thus, dealing with climate change was mainly seen to involve switching from using fossil fuels to renewable energy globally over time, while also preparing each country to be more resilient to withstand the inevitable impacts.

6th Assessment Report of the IPCC

However, after the publication of the 6th Assessment Report of the IPCC, it has become abundantly clear that the impacts of human-induced climate change are already upon us and will only get worse in the short and even medium terms. But the worst impacts in the long term may still be avoidable – if every country in the world takes stronger mitigation and adaptation actions.

The world has already entered the era of loss and damage from human-induced climate change, and the adverse impacts are visible everywhere: from the recent floods in northeast Bangladesh to the heat waves in Europe and China. However, one of the new dimensions of this new era is that it is not equally distributed around the world. In fact, the worst impacts are felt by the poorest countries, as well as the poorest people even in the rich countries – as depicted by the recent floods in Kentucky, US. Meanwhile, these impacts are being exacerbated by GHG emissions by mostly rich countries.

Hence, there is now an element of causality introduced into the issue, where poor people who did not cause the problem are the worst victims of it. This is a violation of their human rights. This has opened up a new dimension of linking human rights to climate change, which is now beginning to play out in different platforms other than the UNFCCC.

One such arena is the courts where cases are being brought forward under national laws in countries such as the US, the Netherlands, Germany and Australia, where citizens of these countries are holding their own governments to account for failing to take actions to reduce their GHG emissions. Recently, the Pacific Island countries, led by Vanuatu, took a resolution to the UN General Assembly to request an advisory ruling from the International Court of Justice (ICJ), which will be voted upon in the upcoming General Assembly session later this year. Bangladesh along with all the member-states of the Climate Vulnerable Forum (CVF) is expected to support the resolution.

At the same time, during Bangladesh’s tenure as the CVF chair, which concluded recently, we successfully lobbied for the creation of the post of a human rights rapporteur for Climate Change under the UN Human Rights Council based in Geneva, Switzerland. This was a very successful effort at diplomacy by the Permanent Mission of Bangladesh in Geneva: The Human Rights Council recently appointed Ambassador Ian Fry of Tuvalu as the new rapporteur for climate change and human rights. Ambassador Fry was the climate envoy of Tuvalu for many years and was a lead negotiator on loss and damage in the UNFCCC.

After his recent appointment, the rapporteur has decided to visit Bangladesh as part of his plan to visit the frontline countries suffering losses and damages from climate change.

Most recently, the UN also passed a resolution making it a human right for everyone on Planet Earth to have a healthy environment. The environmental advocates had been lobbying for this for many years and finally succeeded.

In less than a hundred days, countries will come together at the 27th UN Climate Change Conference – 27th Conference of Parties (COP27) – in Egypt, where the issue of finance for the victims of climate change will be high on the agenda.

As the world is now living through the era of loss and damage where climate change and human rights are interlinked, we need to find ways to tackle both issues together to ensure climate justice.

Horse World Journal is your news, entertainment, music fashion website. We provide you with the latest breaking news and videos straight from the entertainment industry.