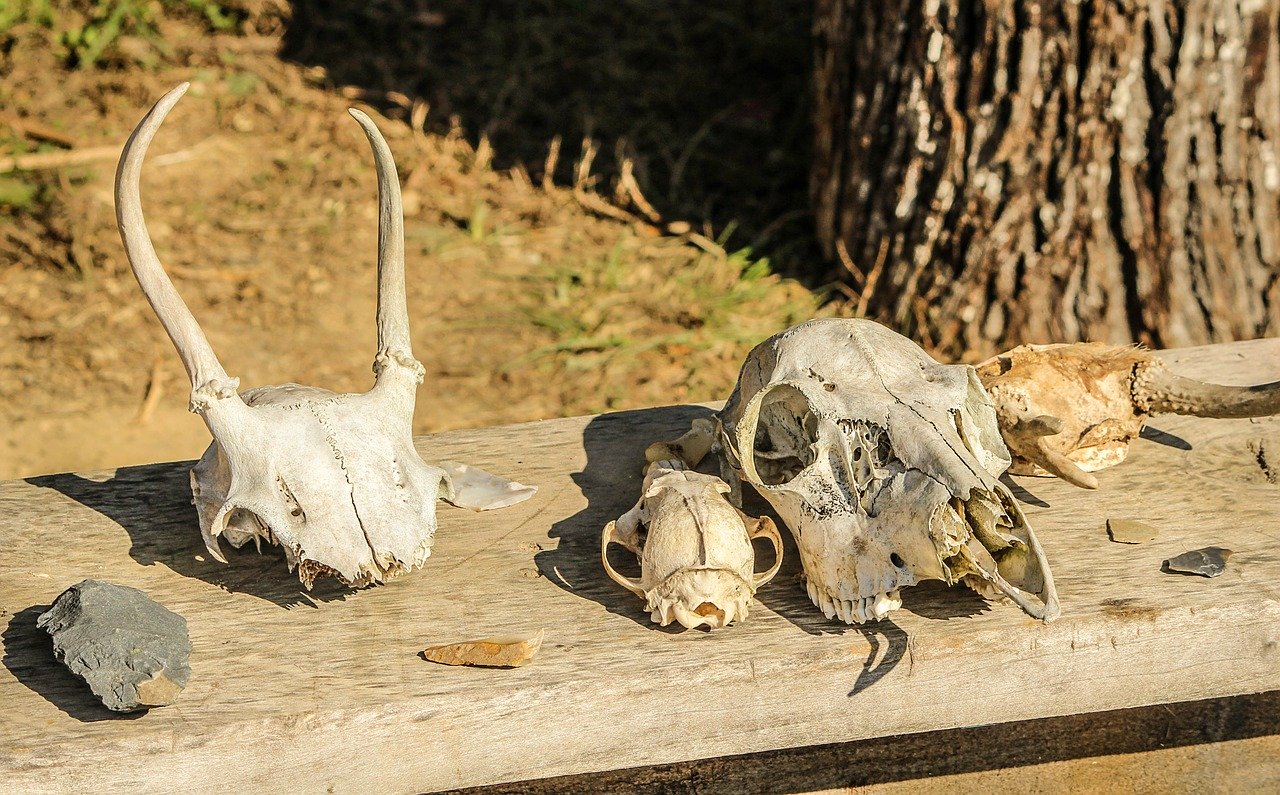 The implements come from the renowned Boxgrove site in West Sussex, which was excavated in the 1980s and 90s.

The bone tools came from a horse that humans butchered at the site for its meat.

Flakes of stone in piles around the animal suggest at least eight individuals were making large flint knives for the job.

Researchers also found evidence that other people were present nearby – perhaps younger or older members of a community – shedding light on the social structure of our ancient relatives.

There’s nothing quite like Boxgrove elsewhere in Britain: during excavations, archaeologists uncovered hundreds of stone tools, along with animal bones, that dated to 500,000 years ago.

They were made by the species Homo heidelbergensis, a possible ancestor for modern humans and Neanderthals.

Researchers found a shin bone belonging to one of them – it’s the oldest human bone known from Britain.

Project lead, Dr Matthew Pope, from UCL’s Institute of Archaeology, said: “This was an exceptionally rare opportunity to examine a site pretty much as it had been left behind by an extinct population, after they had gathered to totally process the carcass of a dead horse on the edge of a coastal marshland.

“Incredibly, we’ve been able to get as close as we can to witnessing the minute-by-minute movement and behaviours of a single apparently tight-knit group of early humans: a community of people, young and old, working together in a co-operative and highly social way.”

Half a million years ago, the area was an inter-tidal marshland on what would have been Britain’s southern coastline. There was a cliff that was starting to degrade, producing good rocks for knapping – the process of creating stone tools. Silt from the sea had also built up here, created an area of grassland.

Dr Pope added that it was still unclear how the horse ended up in this landscape.

“Horses are highly sociable animals and it’s reasonable to assume it was part of a herd, either attracted to the foreshore for fresh water, or for seaweed or salt licks. For whatever reason, this horse – isolated from the herd – ends up dying there,” Dr Pope told BBC News.

“Possibly it was hunted – though we have no proof of that – and it’s sat right next to an intertidal creek. The tide was quite low so it’s possible for the humans to get around it. But shortly after, a high tide comes in and starts to cover the site in fine, powdery silt and clay. It’s so low energy that everything is left as it was when the hominins moved away from the site.”

The horse provided more than just food. Analysis of the bones by Simon Parfitt, from the University College London (UCL) Institute of Archaeology, and Dr Silvia Bello, from London’s Natural History Museum, found that several bones had been used as tools called re-touchers.