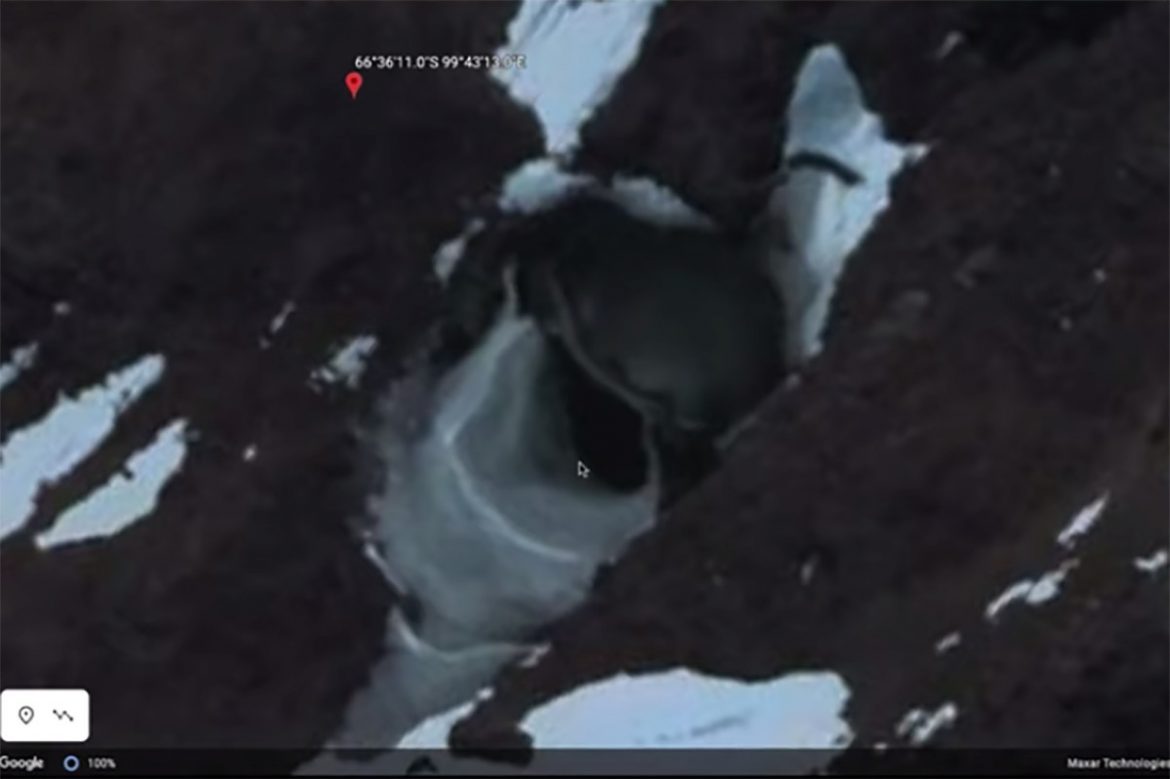 An eagle-eyed Google Earth devotee thinks there’s something odd going on in Antarctica.

The self-proclaimed “Earth watchman” claims he spotted an air vent on top of a “metallic shield” in a no-fly zone on the icy continent.

In his clip, Mr MBB333 estimates the area is over 150 feet wide — based on his measurement using Google Earth tools. Its two distinctive features: a pitch-black “opening” and a metal-like “shield.”

“That looks like some sort of vent, a thermal vent that goes underground. You can tell that the snow is darker than any other snow in the surrounding area,” he tells viewers. “That would imply to me that there is heat transfer going on” and suggests the top section is some metal or metal alloy man-made structure “over an opening that goes underground”.

He then points out there is no volcanic activity nearby: “It is just there all by itself.”

The video has received almost 1,000 comments — most in support of the alien theory.